View basket “Seize the Day – It’s Your Life” has been added to your basket.
Sale!

Chou Chenn – One For You 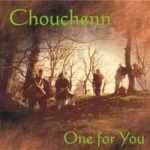 For Cathy and Maurice, the name ‘Quercus’, (the genus name of the oak tree family), continues the oak tree theme from their previous band ‘Chouchenn’ (lit: chou = cabbage, chêne = oak). Formed in 1997, Chouchenn played at many traditional dance festivals across Europe and released two CD’s, ‘One For You’ released in 1998 and ‘Al Dente’ released in 2003. Other members of Chouchenn were Nick Reay and Jane Lawrence playing violin, Paul Beevers playing bouzouki and guitar, and Ben Farmer playing diatonic accordian and melodeon.